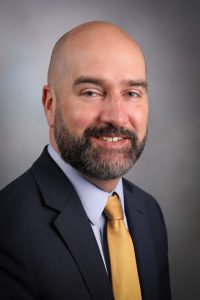 Greg Razer, a Democrat, is the State Senator for the 7th Senatorial District, serving a portion of Jackson County. He was first elected to serve in the Senate in 2020. Senator Razer previously served two terms in the Missouri House of Representatives.

Prior to his legislative duties, Sen. Razer was the Deputy Regional Director for U.S. Senator Claire McCaskill from 2008-2016.

Senator Razer graduated from Cooter High School (Cooter, Missouri) in 1996. He received his bachelor’s degree in history from the University of Missouri-Columbia in 2000.

Senator Razer spent the first 18 years of his life being raised in Cooter, MO, and has made Kansas City his home since December 2001.

Prior Legislative Service:
House of Representatives: 2016 - 2020