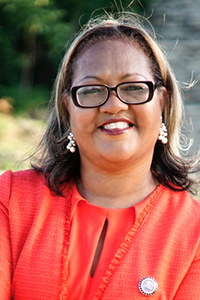 Senator Barbara Anne Washington, a Democrat, represents the 9th Senatorial District in the Missouri Senate. She was sworn into office on Jan. 6, 2021. Prior to being elected to the Senate, she served the residents of Jackson County in the House of Representatives for three years.

When she’s not advocating for her district, Sen. Washington volunteers with her beloved sorority, Alpha Kappa Alpha Sorority, Inc. She is a member of the St. James United Methodist Church, the Metropolitan Community Colleges Board of Trustees, Urban Summit, Freedom, Inc., the Kansas City Boys/Girls Choir and the United Nations Association of Greater Kansas City.

Senator Washington is a lifelong Kansas City, Missouri, resident. She has one daughter and two grandsons.

Prior Legislative Service:
House of Representatives: 2017 - 2020