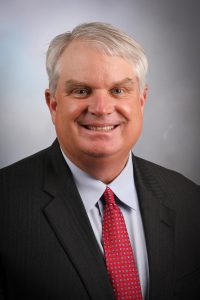 Senator Jason Bean was elected to the Missouri Senate in 2020 and represents Butler, Carter, Dunklin, Mississippi, New Madrid, Pemiscot, Shannon and Stoddard counties. He is a fifth generation Missourian raised in the Bootheel, and he currently lives on the same farm where he grew up and learned how to farm.

Senator Bean attended the University of Missouri – Columbia where he majored in agronomy and minored in animal science. After graduating, he worked hard to turn the family farm into a successful agribusiness.

As an agribusinessman, Sen. Bean understands the need to keep high-paying permanent jobs in Missouri, as well as the importance of our businesses competing in the global marketplace. From 2002-2011, Senator Bean served on the United Soybean Board and participated in trade missions around the world to increase American soybean exports. He also worked with the USA Rice Producers Board and the National Cotton Council to increase global exports of cotton and rice, further promoting Missouri agricultural products in the global economy.

Senator Bean has previously served as interim superintendent of the University of Missouri’s top agricultural research facility. He was also elected chair of the Advisory Board of MU’s Fisher Delta Research Center, which consists of seven research labs, eight greenhouses and five different research locations designed to help farmers all across southeast Missouri.

Senator Bean loves the outdoors and is an avid fisher, hunter and lifetime member of the NRA. He grew up attending Peach Orchard Baptist Church, which was built by his grandfather, and now attends Holcomb United Methodist Church. He and his wife Desiree are raising three children: Colin, Claire and Otto.